It’s almost impossible to not have seen the growing changes in attitude towards cannabinoids, including CBD, in recent years.

Through gradual legislation throughout the US, and breakthrough changes to federal law occurring in 2018, researchers have gained unprecedented access to CBD in a way that allows them to test hypothesis at a rate we’ve never seen before.

Most research so far has focused on the benefits CBD oil has to humans, with new discoveries about its strength being reported about on an almost monthly basis.

One of the most common uses of CBD oil in states throughout the US is for epilepsy, but are humans with epilepsy the only ones who could benefit from this cannabinoid?

Latest research, published in the June 1 issue of the Journal of the American Veterinary Medical Association, suggests otherwise.

The research, conducted by veterinary neurologist Dr. Stephanie McGrath from Colorado State University, aimed to find out whether CBD could help to reduce the frequency of seizures in dogs. We’ve also covered the benefits of CBD oil for dogs previously here.

This pilot study—one of the first of its kind—involved 16 dogs who suffered from epilepsy, and took place between 2016 and 2017.

Sorted randomly into a treatment group and control group, nine of the dogs went on to receive CBD oil for 12 weeks, while the remaining seven were treated with a placebo.

The dogs’ owners and CSU medical staff were all none the wiser when it came to knowing which animal received CBD or a placebo until after the study had been completed.

For the safety of the dogs, and to make sure there were no variables effecting the outcome of the trial, they were all required to stay on standard anticonvulsant drugs, including phenobarbital and potassium bromide, throughout the duration of the study.

It’s also worth noting that the CBD product used in this study was derived from the hemp plant, which has 0.3 percent or less of the psychoactive component of THC.

The results from this preliminary study were extremely surprisingly, and support the idea of CBD being an effective treatment for epileptic dogs going forward.

Though this was a small sample size, McGrath found her hypothesis correct to a large degree, with 89 percent of dogs who received CBD oil during the clinical trial experiencing a reduction in the frequency of seizures.

This wasn’t the only thing that McGrath found out as a result of her study, however. She also saw a significant association between the amount of CBD concentration in the dog’s blood and the level of seizure reduction.

This suggests that the more CBD dogs are provided with, the better their chances are of seeing positive effects from the cannabinoid.

To prove this hypothesis, McGrath has adjusted the dose of CBD oil for dogs with epilepsy in another clinical trial she launched in January 2018.

The results to this study aren’t likely to be released for some time, but McGrath is already positive about its impact.

In reference to the study, she said, “it’s really exciting that perhaps we can start looking at CBD in the future as an alternative to existing anti-convulsive drugs”.

McGrath’s dedication towards understanding the true impact of CBD on dogs with epilepsy could be a significant development for dogs, as epilepsy is currently the more common neurological condition in the canine world.

Estimations for the exact number of dogs who suffer vary widely, from 0.75% to 1 in 20 dogs, but regardless of the true number, it’s an issue that will be close to many pet owner’s hearts.

With this being said, many vets are urging caution for those looking to provide relief for their epilepsy suffering canine pets through the use of CBD.

In 2018, vet Dr. Annette warned, “CBD from hemp products can be made by pretty much anyone.”

Preventive Vet supports this, saying “there are several ways to extract CBD from hemp, but one of the quickest and cheapest involve using solvents such as butane and hexane, which can leave a toxic residue if not properly handled”.

At the very least, it’s important that you talk to a veterinary specialist, either online or in person, who can help point you in the direction of trusted CBD.

This will minimize risks and allow you to seek the benefits of CBD, like the ones mentioned by McGrath, without unintentionally harming your well-loved pooch. 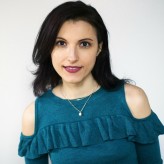 Long time journalist, former Chicago Tribune staff member, and a Chicago resident. I love everything tied to health and fitness and, of course, discovering the city of Chicago one article at a time.

CBD Oil for Dogs: What You Need to Know