The Navy has issued a new set of marijuana use guidelines: only the topical use of cannabidiol or CBD, such as in lotions, shampoos, conditioners or soaps is permitted.

There has been a bit of confusion since President Donald Trump signed the Farm Bill last year. With the Farm Bill, also known as the Agriculture Improvement Act, hemp and CBD are no longer listed as controlled substances.

The new law changed the definition of marijuana to exclude hemp — plant material that contains 0.3 percent or less delta-9 THC on a dry weight basis.

The Navy has since moved in to set new guidelines for marijuana use.

Secretary of the Navy Richard Spencer said marijuana use remained prohibited for sailors, but exceptions could be made in some cases.

“This prohibition does not apply to the ingestion, consumption, or application of cannabinoid formulations approved as drugs by the Food and Drug Administration for which the service member has a valid prescription, such as dronabinol (Marinol, Syndros) and cannabidiol (Epidiolex). This prohibition also does not apply to the use of topical products such as shampoos, conditioners, lotions, or soaps,” the new guidelines say.

By and large, however, the Navy has stuck to its “zero policy” on the use of marijuana or its products by service members.

The Navy insists that substance abuse by members of the armed forces is incompatible with military standards of good order and discipline, performance, and operational readiness.

Spencer explained that although the new Farm Bill allowed the use of CBD and hemp, the Navy was wary that using the products could cause a positive urinalysis result.

“The United States Food and Drug Administration (FDA) does not determine or certify the THC concentration of commercially available hemp products, such as cannabidiol. Accordingly, these products may contain appreciable levels of THC, yet omit any reference to THC on the product label and/or list an inaccurate THC concentration.  Consequently, sailors and marines cannot rely on the packaging and labeling of hemp products in determining whether the product contains THC concentrations that could cause a positive urinalysis result,” Spencer said.

Spencer added that the use of products containing or derived from hemp, may interfere with the Navy and Marine Corps Drug Testing Program and result in the reporting of unlawful THC levels in sailors and marines.

“In order to ensure military readiness and the reliability and integrity of the Drug Testing Program, the knowing ingestion (orally, intravenously, through smoking or vaporization, or through other means) of products containing, or products derived from hemp is prohibited,” Spencer said.

With that, sailors and marines are barred from knowingly using products made or derived from hemp including CBD, regardless of the product’s THC concentration, claimed or actual, and regardless of whether such a product may lawfully be bought, sold, and used under the law applicable to civilians.

In a nutshell, since the FDA does not regulate CBD, the Navy says they cannot trust the commercial labeling of the product.

In an earlier release, dated August 7, the Navy said commercially-available hemp products, including CBD, have not been inspected by the FDA and, therefore, have not been proven to diagnose, treat, prevent or cure any illness.

The Navy was particularly worried that some CBD products do not list all ingredients, making it impossible to know definitively how much CBD, THC or other synthetic cannabinoids they may contain.

“Sailors who test positive for THC or other controlled substances for which they have no valid prescription are subject to mandatory administrative processing and could receive a discharge characterized as ‘Other Than Honorable’ (OTH), which can affect future veteran’s benefits and employment opportunities,” the Navy warned.

It also advised that it was the duty every sailor “to ensure that he or she is diligent in avoiding intentional or accidental exposure to THC and other prohibited substances.”

Like the Navy, the Army and Airforce have drawn up with their own guidelines for marijuana use.

These two branches of the military also bar their members from using hemp products.

Since the signing of the Farm Bill, CBD is now readily available in all manner of forms. CBD is now used as an additive to coffee, vapes, and creams.

CBD is described as a popular compound extracted from the flowering tops, leaves, and resin of two strains of the cannabis plant, industrial hemp and marijuana.

It is projected that CBD sales will reach $1.8 billion annually by 2022, “an impressive jump from sales of approximately $500 million in 2018. For a couple of years, experts have forecast that the CBD consumer market will soon outperform the entire legal cannabis industry.”

CBD’s main attraction is that it is not psychoactive. Unlike THC, CBD does not have any psychoactive effects when vaped, smoked, ingested, or applied to the skin.

Advocates for the use of CBD oil say it is a safer, more effective alternative treatment for a wide range of common ailments, such as diabetes, heart disease, glaucoma, lupus, asthma, leukemia, obesity, acne, several cancers, and even insomnia.

A number of studies have recently been undertaken on CBD, with one researcher finding evidence that CBD oil can help with heroin addiction, while another has proved that epileptic dogs can benefit from the oil, too.

In addition, scientists in the United Kingdom recently announced the first human study of how CBD oil can help Alzheimer’s patients.

In the Netherlands, scientists are carrying out studies to assess the use of CBD oil in children.

Some of the studies have raised alarm that side effects could be more severe, especially if one does not know exactly what is in the product.

Cbdkro.com concedes that more research is needed on the effectiveness of CBD in curing chronic ailments, but the website is quite optimistic that “CBD oil could be the game-changer in the world of alternative medicine.”

Besides the U.S., CBD oil is legal in Canada, Chile, Germany, Israel, and the Netherlands. 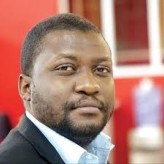 What Drugs Should You Not Take With CBD? Find Out Here.

The Science of CBD: Side Effects & Benefits, Explained