CBD is taking the world by storm and it’s not showing any signs of slowing down. With a plethora of health benefits and a potential for breakthroughs in a huge number of conditions, it  seems to be the solution to countless present-day health problems.

With the potential for application in treatments for epilepsy, anxiety, depression, addiction, Alzheimer’s and Parkinson’s among others in a long list, CBD isn’t short of functions. This, as you’d expect, has led to a world of different products in a host of different niches, all claiming that CBD takes their ‘insert-name-of-generic-product-here’ to the next level.

For some products we can see the benefits, it makes sense, and it is a natural progression. However, with popularity comes the fraudulent and the fabricated. Pair this with the wildly unregulated nature of CBD and you’ve got yourself a cocktail of issues for dodgy products popping up around the web – so it’s always important to keep your wits about you.

Among the skeptical CBD-derived products comes a range of topicals and creams used for a variety of reasons. If you’re one to question a product, this will no doubt already have you scratching your head.

Ingestion makes sense, so does inhalation, but what about direct contact? How do CBD creams actually work if they’re not entering the body? To answer the wider question, we first dive into the basics and give ourselves a solid definition and clarification of what CBD actually is.

CBD, or cannabidiol, is a cannabinoid – a type of compound found in cannabis and hemp plants that comes with a variety of associated health benefits. Although found in both types of plant, CBD oil is often extracted and separated from hemp rather than traditional cannabis drug plants due to its abundance (40% of compounds extracted).

Although derived from cannabis, CBD does not produce a high, much in the same way we would expect to see from cannabis due to the minimal THC (tetrahydrocannabinol) found in the compound. Most CBD oils contain less than 0.3% THC to comply with federal legislation, so there’s no need to worry about ‘tripping’ after consumption – it’s all about the benefits, not the experience.

How does CBD work?

Okay, so now we know what CBD is, but how does CBD work?

Within the human body is our very own endocannabinoid system – a system that naturally produces certain cannabinoids. Within the system, you’ll find two main receptors for additional cannabinoids that enter the body – these are called the CB1 and CB2 receptors. CB1 receptors can be found throughout the body, but the majority and highest density of them can be found in the brain. Those brain receptors have the most important jobs with support for a number of activities including:

When smoking or ingesting cannabis/marijuana, these receptors are subject to THC and give the high expected. CB2 receptors are most commonly found within the immune system and are partially responsible for inflammation and pain.

Although it was originallly thought that the CBD, once used, attached itself to these two pain receptors, it is now suggested that CBD permits the body to make use of a higher number of its own cannabinoids. Think of it as giving the body a kick-start.

What are CBD creams? Of the many forms in which CBD can be found, one of the most popular is the creams.

CBD creams are often made by infusing high-quality cannabis plants with high-quality coconut or olive oil. The use of the oil is thought to extract the active compound of CBD before being blended with therapeutic herbs to create an ointment for pain relief.

However it is not always as simple as receiving what you expect when making a purchase. Two large problem areas with CBD products are false advertising and lack of regulation.  Both have led some manufacturers to mislead customers on their ingredient list. With one study showing a huge 70 percent of CBD products misleading their ingredients list, you really never can be too careful.

Taking a look at the ingredient list of any CBD-derived cream is always a wise first step.  Compare what is on the label with its certificate of analysis page (if possible) and you’ll be sure that you’re getting what you expect.

Once you have established you are getting exactly what you were hoping for – a soothing CBD-based cream for the purpose of pain reduction – how does it work? How do CBD creams work? CBD creams are theorized to work in a number of different ways to reduce inflammation, decrease pain and increase the number of endocannabinoids within the body.

The main idea behind the use of CBD infused creams in problem areas-whether for joint pain, swelling or open wounds-has to do with the soothing and healing properties of the substance. Since CBD can be used as an anti-inflammatory, applying the cream to the skin so that it can soak in is  deemed a good way to reduce swelling and eradicate pain in targeted areas.

The second theory of CBD cream function comes from the kickstarting of the natural endocannabinoids within the body, in a manner similar to the CB2 receptors found in the immune system. The use of a CBD-based cream is thought to fire up the body’s natural endocannabinoids, thus reducing any inflammation and soothing areas in pain.

Information surrounding how and whether CBD creams function is scarce with little scientific testing in animals and humans. So any form of theorization is simply that, at this point.

CBD creams in the beauty industry CBD creams aren’t only available for pain management – they are also available in a plethora of different products within the beauty industry to treat a number of different skin problems as another of the many benefits of CBD.

Acne is the most common skin condition experienced by humans, with over 80 percent of all people experiencing it at one time or another. Although it may be common, acne causes a huge number of us to feel self-conscious or anxious on a daily basis, resulting in numerous treatments (some of which are experimental) to contain breakouts.

Acne is caused by excess sebum, the protective oil that coats the skin to prevent dirt and contaminants from the outside world entering. However, the opposite is almost always seen with dead skin cells, dirt and other pollutants becoming trapped within pores, ultimately leading to what we know as acne.

It has been suggested that a CBD cream could be applied to prevent human sebocytes, the cell that creates sebum, from creating the chemical in excess. With the anti-inflammatory properties of CBD, it has been shown that cytokines are prevented, halting the development of acne.

Although evidence is limited, this hasn’t stopped a variety of beauty and cosmetic companies from jumping on the bandwagon and releasing numerous CBD-derived creams to clear skin and prevent acne. Although these may work, the amount of research is limited and so at least a pinch of salt should be taken with each sales pitch.

It is important to note that although it is safe to try out different CBD creams, especially for   cosmetic purposes, not everyone will have a positive reaction and some may find a worsened condition. However, depending on the severity, it may be worth the risk.

What does the evidence say? Although the CBD creams are widely regarded as safe a ‘why not’ approach is thrown in when discussing topical use and there is a decided lack of scientific data to support their effectiveness.

This is not to say that CBD creams are just skin-applied placebos. There is some evidence from the National Academies of Sciences, Medicine, and Engineering concluding that when treated with cannabinoids, adults suffering from chronic pain are more likely to experience a significant reduction in pain symptoms.

A major issue with the topical approach is the difficulty of manufacturing a cream that penetrates in an adequate amount to produce an effect without entering the bloodstream. However, even if the sweet spot is found, the amount of CBD required to provide an effect is also unknown, again requiring further meaningful testing to identify.

This may sound promising, but we’re a long way off from knowing the full story surrounding topical CBD use. With mostly animal testing used in the limited research concluded, it’s hard to estimate final human outcomes. More than anything, it’s just a waiting game for meaningful trials and further experimentation.

READ
Optimal CBD Microdosing: Everything You Need to Know 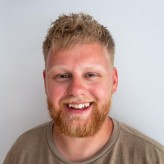 6 Things You Should Know About CBD Vaping