Earlier this month, police in Florida released body cam footage that shows a 69-year-old woman being arrested at Disney World for possessing CBD oil without a state medical cannabis card.

The grandmother in question was Hester Burkhalter, who was on a once-in-a-lifetime family vacation with her family at the time.

She suffers from arthritis and had been recommended to take CBD by her doctor back in her hometown of Tennessee. The same doctor had also produced a doctor’s note to prove this.

The reason for her detainment was because although CBD is legal for medical purposes in Florida, this is only the case if you are registered for medical cannabis in the state, which Burkhalter was not at the time.

She was arrested by an off duty sheriff’s deputy after they discovered the CBD oil in her purse at a checkpoint in Disney’s Magic Kingdom is a case that would go on to make headlines around the world.

The newly released video shows Burkhalter being handcuffed and placed in the back of a patrol car, where she quickly becomes distressed and expresses that she feels claustrophobic.

In the video, she can clearly be heard saying, “I can’t breathe. I feel like I’m going to pass out.”.

According to one deputy, she became so distressed at one point that she threw up.

Due to the obvious distress, Burkhalter requested to be transported to the jail alone as opposed to being taken in alongside another individual who had been arrested for possession of a cannabis vaporizer. This request was granted after a call by a sheriff deputy.

During transportation, the grandmother was also allowed to sit in the front seat of the patrol car in the video, at which point she said she felt better and thanked the deputy.

In the end, Hester Burkhalter remained in custody for a total of 12 hours, and was eventually released on a $2000 bond.

After the news of Burkhalter’s arrest hit the headlines, people were quick to come out in her defence.

Some reform advocates even condemned the Disney Magic Kingdom park and the sheriff’s department for subjecting an older woman to an arrest on a family vacation for possession of a non-intoxicating chemical compounds that is well known for treating pain and inflammation.

Eventually, prosecutors made the wise decision to drop all charges against Hester Burkhalter after finding her case unsuitable for prosecution.

The final decision was made earlier this month, since which Burkhalter has come out and announced her own plans to file a lawsuit against the Disney Florida park and the sheriff’s department for the way she was treated throughout her ordeal.

In a recent press conference on behalf of their client, her lawyer explained her experience as, “horrific treatment that they placed upon this church-going, law-abiding grandmother.”.

Unfortunately, this is not the first case where senior women have been subjected to mistreatment due to CBD oil.

In a confounding recent case, 72-year-old grandmother Lena Bartula was arrested at a Texas airport on a changeover flight to visit her family in Oregon after security discovered CBD oil in her bag.

Her changes came with an even heftier stay in custody than the one Burkhalter faced after she was charged with a felony that carried a maximum sentence of 20 years. She was finally released from jail two days after her initial arrest.

When asked about the event, Lena Bartula said, “To be honest, I didn’t even think about the possibility of my CBD being illegal or being challenged. It’s such an integral part of my wellness that it got thrown in my bag along with my Vitamin C and oregano oil. Has I thought about it, I would have remembered that I could buy it in Portland.”.

Similarly to Burkhalter, Bartula’s case was also dropped around two months after the arrest had been made. 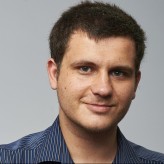